I was born in Fort Worth, Texas on November 30, 1971, and raised in the semi-rural suburb of Kennedale. My dad was a truck driver, while my mom stayed home to take care of her only child. Religiously, though, we were unchurched. By the time I moved from to Denton (about 40 miles north of Fort Worth) in 1990, to begin my undergraduate studies at the U. of North Texas, I was a committed atheist. I completed B.A. and M.A. degrees in philosophy there.
January 1994 was a time of major transitions in my life. In January, I had my first major religious experience (which changed my atheism to theism), and I went to church – the Denton Unitarian Universalist Fellowship. I joined two months later, and remained a member there until I graduated seminary. 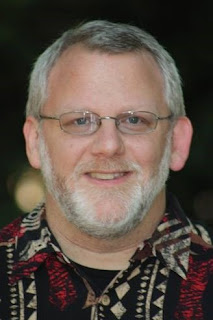 Soon, I was thinking about ministry. But in the meantime, I took a university job for 4 years as an academic advisor. I filled my other hours with a great deal of church lay activity, and justice work in the community.
In the Fall of 2000, I started work on the M.Div. degree at Brite Divinity School, of Texas Christian University in Fort Worth, a broadly ecumenical and liberal-leaning Protestant seminary. My ministry internship was in the Unitarian Church of Baton Rouge in 2002. I finished seminary, and was ordained and fellowshipped, in Spring 2005.

MINISTRIES
[Note: The remainder of my biography focuses on the churches and other ministry settings in which I have served. More information on such experiences can be found in my Ministerial Record, available to search committees of congregations where I've applied.]

Right out of seminary, I accepted an opportunity to do a chaplaincy residency, spending a year as a full-time hospital chaplain in the suburbs of Fort Worth. The experience was powerful - especially the lessons I learned serving the psychiatric unit - but convinced me that I needed the community of a congregation to serve in ministry more effectively and authentically.
This led me to accept a 1-year interim ministry, at First UU Church of San Antonio (360 members, 2006-07), an engaging ministry which offered my first taste of interim work. As the minister they called later said:

The congregation still remembers the quiet, soft-spoken Rev. Eric, who with the patience of Job could listen deeply to their stories, and then tell them with the conviction of Micah the errors in their ways.

Shortly before moving to San Antonio, I met my new partner (& now spouse), Suzi. However, Suzi's work as an academic librarian kept her anchored in Fort Worth, while I served over 250 miles away in San Antonio. Fortunately, the relationship between Suzi and I still grew, and we married in May 2007.
My one called ministry was with the UU Church of the Brazos Valley in College Station, Texas (100 members, 2007-11). It was a positive ministry overall, but less of a good fit for me than my service in San Antonio had been. As this ministry concluded, I discerned that transitional ministry work was a better match for my gifts and call at that time than settled ministry. 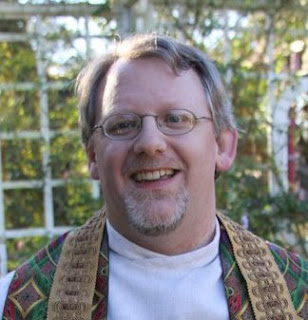 I entered what then was called the Interim Ministry Guild in Spring 2011, and have served various congregations as interim minister through to the present day:

These experiences have prepared me to move forward with increased confidence and renewed enthusiasm, as I explore my next interim ministry.

RESOURCES
Posted by Eric Posa at 7:27 AM